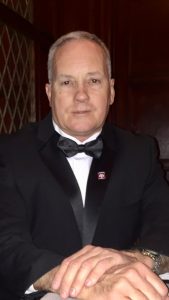 Currently working for The U.S. Department Of Veterans Affairs as a Vocational Rehabilitation Specialist assisting Veterans with readjustment counseling, life skills, employability, and education options. Proud to serve as a motivator’ not an enabler…..

Dave was named to the board in September of 2019.