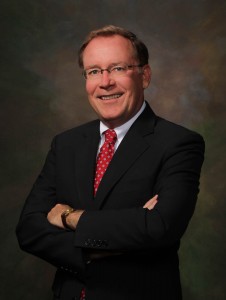 David W. Walker was elected President and Chief Executive Officer of the Coalition to Salute America’s Heroes in July 2012. He has been a member of the Coalition’s Board of Directors since 2005, and served as its Chairman from 2009-2014.

Prior to joining the Coalition as its CEO, Mr. Walker served for seven years as Vice President of Association Services for the McLean, Va.-based National Glass Association (NGA), the largest and most influential trade association serving the architectural glass, automotive glass, and window and door industries. Prior to joining the NGA in 2005, he spent 20 years with the National Association of Manufacturers, eventually becoming its Vice President of Marketing & Member Services.

In 2019, Mr. Walker received the coveted Cavanaugh Award from Notre Dame. Established in 1985, the Rev. John J. Cavanaugh C.S.C. Award is conferred on an alum (living or deceased) who is performing or has performed outstanding service in the field of government, patriotism, public service, local, state and national politics, etc. The Cavanaugh Award reflected primarily on Mr. Walker’s work with the Coalition.

Under his leadership, the Coalition has been recognized by the Better Business Bureau as one of the nation’s top Veterans Service Organizations for five years running and ranked among the Top 5 organizations on The NonProfit Times’2022 Best Non-Profits to Work For list.