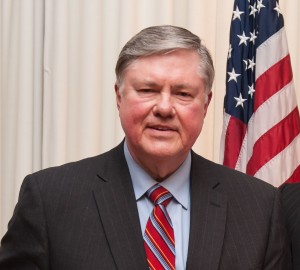 Judge Foreman built a reputation as a distinguished litigator at Freeborn for his service as outside counsel on behalf of the State of Illinois v Philip Morris, et al. and as special counsel in representing state officials and state agencies. His experience includes trials involving antitrust, securities, RICO, environmental, constitutional law, civil rights, fraud, and murder. He has extensive experience in advising clients on matters pending before state and federal regulatory agencies and has successfully assisted clients in passing legislation before the state legislature and units of local government. He has supervised numerous corporate internal investigations and represented clients throughout the world on matters of corporate espionage, electronic intrusions, and theft of intellectual property.

As a seasoned civil and criminal attorney, Judge Foreman has tried more than 200 cases in federal and state courts and previously served as United States Attorney for the Northern District of Illinois from 1990-1993 and as States Attorney of Lake County from 1980-1990.

During Judge Foreman’s term as Chief Judge of the 19th Judicial Circuit, the Circuit initiated or completed the following projects: