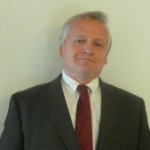 Dr. Tom Sircher joined the Coalition’s Board of Directors after more than three decades as a prominent Chicago-area chiropractor.  Dr. Sircher has been in private practice in Libertyville, Illinois, for 31 years, and has been a member of the American Chiropractic Association and the Illinois Chiropractic Society since 1982.  Dr. Sircher received his Bachelor of Science and Doctorate degree from National College in Lombard, IL.  Dr. Sircher was named Chairman of the Board in September of 2016, and was named Chairman Emeritus in December of 2018.