Not every veteran who returns from Afghanistan and Iraq with abiding injuries got shot in the head or stepped on an improvised explosive device (IED). Often they avoid the headline injuries only to succumb to the cumulative impact of stressful activities in a desperate environment that 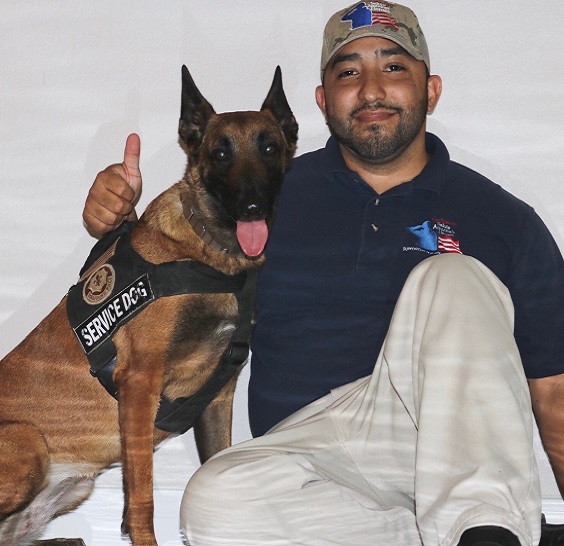 gradually wears them down.

David Nunez joined the Army straight out of high school in June 2000 looking for adventure and to be on his own. He was the only person in his family that he knows of to serve in the military. He did his basic training in Fort Knox, Kentucky, and went on to further training in Fort Polk, Louisiana.

David’s specialty was reconnaissance – moving rapidly about the countryside determining the enemy’s positions and keeping senior officers informed about them. Recon is generally mobile using a variety of vehicles according to the terrain. David was deployed to Iraq in April 2003 and actually spent time in Kuwait as well.

Moving back and forth rapidly in a war zone in which gunfire and explosions were daily fare, David accumulated a variety of minor injuries that contributed to degenerative disk disease, generally the result of moving heavy loads about under adverse conditions. But the signal event that defined his experience was a mundane event on a typically hot day when he was moving from one point to another in a Humvee. David nodded off just when the vehicle made an abrupt turn, falling out the door and hitting his head on the concrete roadway. In another instance, an unsecured five-gallon gas tank fell on his head. One of the effects of the injuries was a debilitating case of tinnitus – a ringing sound in his ears that never abates. He also suffers from debilitating migraine headaches.

“When I came back I knew I was suffering from post-traumatic stress disorder,” David said. “I also had signs of degenerative joint disease. Though I wasn’t treated for it, it was noted, on my exit exam.” Eventually David was given an 80 percent disability rating by the Veterans Administration.

David was honorably discharged from the Army in late 2003 and returned to his wife and a marriage that would not survive his vivid nightmares, bouts of depression and excessive indulgence in alcohol – all classic symptoms of PTSD. David has two children, a boy and a girl.

David has made fitful efforts to rejoin the civilian workforce. He worked for a while with the Border Patrol in Arizona, but the stress of PTSD compromised his work effort and he took leave of that job. “Sometimes PTSD runs my life,” he said. “I suffer from depression anxiety and have difficulty with social interactions with other people. I have anger problems and suffer from sleep apnea. A lot of other stuff. I am not really suicidal but there have been times I thought about it.”

At one point, David found himself unemployed, broke and depressed and adrift in a world that seemed to be passing him by.

“The Coalition to Salute America’s Heroes has really saved my life,” David said. “There was a time when I needed help due to a financial situation. The PTSD made it difficult for me to keep track of my responsibilities the way I should and prioritize them. You know there was a time when I was having difficulty paying the rent. The Coalition not only helped me pay my rent, but they did it in a fast manner. They were there for me when no one else was. The Coalition later sent me holiday gifts at Thanksgiving, Easter and Christmas. I was amazed at how they continued to care for me. The biggest impact that the Coalition has had on me and my family was to allow me to become part of the Heroes Thanking Heroes campaign where I can earn some supplemental income while working for the organization.”

“I am in the Heroes Thanking Heroes program and also in the Veterans Circle Membership Program where we sign up members – disabled veterans – for this new program that provides benefits such as scholarship opportunities, meal checks, and other things.”

Today, David has a full-time position with Nissan working bankruptcy issues and a part-time job with the Coalition. “Right now I do not have that many financial needs because the Coalition was able to offer me employment. And I understand that in order to have funding for that program, different donors provide assistance towards that program. I’m thankful for that because without that there, I would really be struggling. I get a paycheck on the 15th of every month and its very important for me because it’s like a backup plan if my primary job doesn’t bring me enough hours. It’s a support system that is always there for me. It means a lot.”

“Sometimes I feel like I am a bit isolated from him,” David said. “Sometimes my anger jumps really high too soon, but I’ve learned to manage it, at least when it comes to him. He is aware of my situation and my disability, so I guess in essence he’s learned to deal with them and act a certain way when it comes to being around me.”

In discussing PTSD, David says the big problem is his inability to sleep through the night. “I get on average 3 ½ to 4 hours of sleep at night,” he said. “Sometimes I get depressed and isolated. I just don’t want to talk to anyone. It’s just basic stuff, really. I don’t feel like going out and interacting with other people.”

“I take life day by day” David said. “I don’t make long term plans. I feel like a robot sometimes. But I’m taking care of business, paying my bills. I always have something to do.”