Jack Zimmerman was raised in a small town in Minnesota and joined the U.S. Army becoming an Airborne Infantryman. He deployed in 2010 with the legendary 101st Airborne Division. After spending nine months in heavy combat, 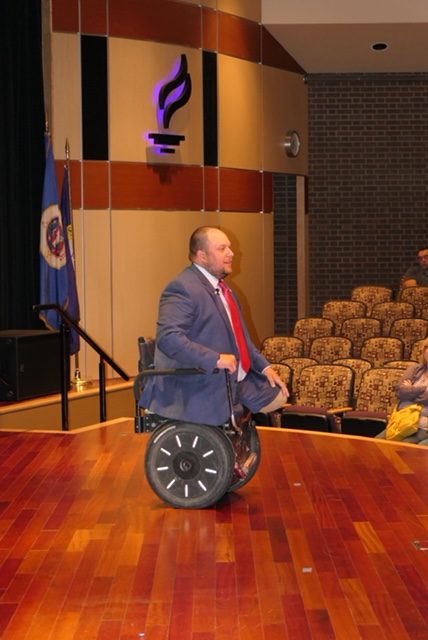 Zimmerman, while on a foot patrol, stepped on an Improvised Explosive Device (IED) and suffered catastrophic injuries. Lying there, his own life flashed before his eyes, while the platoon medic and teammates worked to save him and the rest of his team engaged the enemy. Zimmerman was not expected to survive that day, but twenty surgeries and two years later, he left the San Antonio Military Medical Center and medically retired from the U.S. Army.

Back home, his friends, family and community rallied around him to offer their support. Zimmerman tackled many hurdles in his first months home and struggled to find his purpose after leaving the military. Through many opportunities to serve, both personally and professionally Zimmerman found his passion in speaking to others and inspiring through his unique and valued perspective.

Today, Zimmerman is a devoted husband and father and is a strong part of his community, sought out speaker, and a part of the team of Ambassadors at the Coalition to Salute America’s Heroes.