Jeff Senour, born in Portland, Oregon and mostly raised in Southern California with parents his Dad flew private airplanes and his Mom was a Violinist, was taught from an early age that if you believe 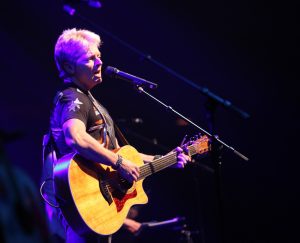 in yourself an have a dream you can make it come true.

Ever since it’s inception 13 years ago, rock band CTS- Called To Serve, has made a huge impact on many around the country with their edgy rock sound combined with lyrics that touch the heart with inspiration. Fueled with a passion for music since childhood, singer/songwriter Jeff Senour formed CTS to inspire people of all ages to live their dreams and honor our real American Heroes. Ever since it’s inception, Jeff’s mission for the band was to pass along a message of the American dream through music. The band’s dedication to our Military, Police, Firefighters and First Responders has placed their music in numerous festivals, Military events, fundraisers and charities across the nation. Jeff’s vigor for life carries over as well to his career at Southwest Airlines as a Captain. He enjoys the culture of Southwest and on each flight he has flown thousands of passengers, over millions of miles and does his best to not only be safe but leave the customers with some fun and inspiration. You can catch Jeff many times actually performing with his custom guitar, a gift from Gary Kelly, to the passengers before each flight.

The musical journey of CTS has garnered the band numerous awards from album of the year and video of the year with several music organizations, the Founders Award with Military Writer’s Society and most recently the President’s Award with Southwest Airlines. “Can’t Get Off This Train” hit the National radio charts at #42 in 2008 and has had other radio play along the way as well. The powerhouse sound of CTS consists of Jeff Senour, Dylan Elliott, Joe McGinnity and Jerry Nuzum all world class musicians on their own, have joined together to create the high octane sound of CTS.

The band has performed all over the country in various venues and opened for numerous National Artists. CTS performs in cities around America, it’s one of a kind show called “Freedom Rock Experience”. The concert is a multi media rock show, placing high school or college orchestras on stage for a high energy performance with up to 250 students rocking the stage with CTS. Honoring the real American Hero from Military, Police, Firefighters and Teachers, the show is designed to inspire our youth of today, to live their dreams. Jeff’s passion for making dreams become realities is evident in his life besides as a musician.

Jeff has been a professional pilot at Southwest Airlines for 24 years. His previous Aviation experience involved his skills as a Screen Actors Guild aerial coordinator and film pilot with movie credits such as “True Lies”, “Executive Decision”, “Hot Shots”, “Space Cowboys” and hundreds of Military photo chase missions including the Blue Angels Canadian Snowbirds and USAF Thunderbirds. Jeff flew a specially equipped Learjet with the Nettmann Vectorivision system for 15 years, capturing some of the most stunning aerial photo shots enjoyed by many in movies and Military research and development. Jeff also was a News Helicopter Pilot for Channel 9 KTLA in Los Angeles, California for over 5 years. As a Civilian pilot, Jeff was allowed to fly next to almost every Military jet in the inventory to capture the shots. He also became a helicopter pilot and flew for Channel 9 News in Los Angeles for many years. Jeff says the music of CTS is the melodic story of his life and that we can all achieve great things in life if we try and believe in ourselves. To date Jeff has logged over 27,000 hours in the air and has fueled the inspiration of the music he writes.